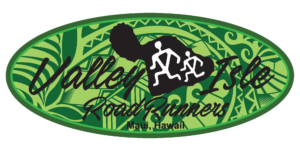 Going back to 1995 we have the complete results for all finishers in the Maui Marathon, Maui Tacos 5K and in recent years and The Maui Half Marathon. The results include the finishers, finishers by gender and finishers in age group categories. Associated with each event there is also a race report and photos.

CLICK HERE TO SEE ALL PAST RESULTS AND PHOTOS

Many do not realize that this event is the longest consecutively held running event in the state of Hawaii!

Not only that, it has been chosen as one of the top 10 Most Scenic Marathons in the nation by Runner’s World magazine (Feb. 96), and the #10 destination marathon in North America, by the Ultimate Guide to Marathons.

Though small in comparison to the world-famous Honolulu Marathon, the Maui Marathon has developed a reputation over the years as a quality running event. This is due in great part to the many volunteers and community support generated, year after year, for this charity fund-raising running event.

Many Hawaii runners know that the Maui Marathon is the oldest marathon west of the Mississippi River. What most people don’t know is that the Maui Marathon originated on Oahu in the early 1940s. At that time the event was known as the Hawaiian A.A.U. (Amateur Athletic Union) Marathon. During the 30s and 40s, Hawaii’s top runner was Norman Tamanaha, who competed successfully on the mainland and was considered one of America’s top marathon athletes.

Tamanaha’s dream of Olympic competition was cut short by World War II. He subsequently became a top coach and race organizer. Some time before 1971 he convinced the newly-formed Valley Isle Road Runners to bring the event to Maui. In 1971, Oahu runner Johnny Faerber was the winner of the inaugural Norman Tamanaha Marathon.

By 1974, the race had become officially known as “The Maui Marathon” and was attracting a field of both men and women. The fledgling Honolulu Marathon was just getting started, and its success, coupled with the nationwide marathon mania, added to the participation on Maui. In the late 70s and early 80s the Maui Marathon enjoyed annual participation approaching 650 runners.

In 2002, the event shifted to a fall date, typically a slow time for tourism in the islands. Over 2,300 registered for the marathon and it’s inaugural fall date of September 22nd, and though many were concerned about the heat, light tradewinds and 6 tons of ice kept all participants cooled down through the final miles. Kalid Abdallah, originally from Somalia running in his first ever marathon completed the distance 28 seconds off the course and race record in a time of 2:19:50. The change to a fall date seemed to be a winning time for all participants with several age group records broken and many PR’s run by some of the regulars.

The 2003 event realized a further decline from Hawaii runners as well as from the Leukemia & Lymphoma Society’s, ” Team in Training”. With the addition of a half marathon and a stronger Japanese economy, 2004 proved to be a record year with a combined 2,801 participating. Based on the successes of the inaugural Maui Half Marathon, we decided to increase the field for the popular half marathon distance and in 2005 over 1,400 participated with over 1,700 in the full marathon.

2006 saw near-record numbers again with a total of 2,934 finishing between the Marathon, Half-Marathon and the Maui Tacos 5k.

2008 had nearly 3000 entrants, but runners faced an unusual combination of volcanic fog or “vog” rolling in from the Big Island of Hawaii, and still air which allowed temperatures to creep up. Finishing numbers were down, but spirits were up.

For 2009, we have asked Pele, the goddess of fire, to keep the vog over on Hawaii for the the weekend, and let the cool Pacific tradewinds nip at the heels of our runners as they cruise toward Ka’anapali. We expect our biggest and best Maui Marathon yet!

It is interesting to note that in spite of several race course changes over the 39 years, Whalers Village shopping center in Kaanapali Resort has been the finish line in all but one year!

In 1975, the race tried an “out and back” course starting and finishing at War Memorial Stadium in Wailuku. The turn around point was in Paia and the race proved unsatisfactory compared to the Kahului/Kaanapali point-to-point course.

In 1995 was a departure from the West Maui cane road to a welcome diversion down the length of Front Street in Lahaina Town. This saved the runners a late-race grueling up hill as well as brought the race further into the public spotlight, something everyone continues to enjoy to this day.

In 1983 the starting line was changed to the Maui Mall where it remained until 1996, when it moved to the newly renovated Queen Ka’ahumanu Center.

Thousands of colorful athletes and personalities have participated in this event over the years and look forward to it with each coming spring. It is the Valley Isle Road Runners who have worked with the Maui community to keep this extraordinary celebration of fitness alive and thriving.